Get Ready made IGNOU MPCL 007 Project File from Toppers-

Hii Everyone I know it is not easy to make IGNOU MPCL 007 Practical file. and especially when you are doing a NAAC A++ course from IGNOU. But do not worry I can understand your problem regarding MPCL 007 Project file. As I have also gone through the same problems. First, I will say you to look into the video that will solve almost all your Queries.

Get Ready made IGNOU MPCL 007 Project File from Toppers-

Please make sure to write in abridge about these psychological testings first before starting it.

These theories try to explain learning in a social context, with the main position being that people acquire new behaviours by observation.

Aim: Bandura (1961) conducted a controlled experimental study to investigate if social behaviours (i.e., aggression) can be acquired by observation and imitation.

Through his famous Bobo Doll Experiments Bandura came to the conclusions that are now basically the core concepts of modern social learning theory.

Learning is a remarkably complex process that is influenced by a wide variety of factors. As
most parents are probably much aware, observation can play a critical role in determining how
and what children learn. Albert Bandura proposed a social learning theory that suggests that
observation and modeling play a primary role in this process.
Bandura’s theory moves beyond behavioral theories, which suggest that all behaviors are
learned through conditioning and cognitive theories, which take into account psychological
influences such as attention and memory.

Based on the theory

Description of the Test:
Bandura along with others tested 36 boys and 36 girls from Standford University Nursery School
aged between 3 to 6 years old.
The researchers pre-tested the children for how aggressive they were by observing the children in
the nursery and judged their aggressive behaviour on four 5-point rating scales.
It was then possible to match the children in each group so that they had similar levels of
aggression in their everyday behaviour. The experiment is therefore an example of matched pairs
design.

There are three core concepts at the heart of social learning theory. First is the idea that people
can learn through observation. Next is the notion that internal mental states are an essential part
of this process. Finally, this theory recognizes that just because something has been learned, it
does not mean that it will result in a change in behavior.

Expectations: The likely outcomes of a behavior; meaning, the people behave in certain ways
because of the results they expect as well as avoiding the behavior due to the expectations.
Expectancies: the value placed on the outcome of the behavior; meaning, the certain behavior is
more likely to occur when the expectancy, or value placed on its outcome, maximizes a positive
result and minimizes a negative one.
Emotional arousal: the emotional reaction to a situation and its resulting behavior; meaning,
that in certain situations people become fearful and, when this happens, their behavior becomes
defensive in an effort to reduce the fear.

Field of education: Today, both teachers and parents recognize how important it is to model appropriate behaviors. Other classroom strategies such as encouraging children and building self-efficacy are also rooted in social learning theory.

DO YOU THINK VIOLENCE IS CONTAGIOUS?

Yes, I think violence is contagious. Just like altruism and kindness can benefit the giver and the
receiver, violence is harmful for everyone, the one doing it and the one at the receiving end.
Violence once started spreads like fire too. Violence is similar to goodness, if children can
emulate the good and kind actions of others, it will not take much time to learn one’s violent
actions. For e.g.- If a man beats up his wife repeatedly at home, and the child witnesses all this,
he will think it’s justified to be violent and may do similar acts at school or with peers.

In addition to influencing other psychologists, Bandura’s social learning theory has had important implications in the field of education. Today, both teachers and parents recognize how important it is to model appropriate behaviors. Other classroom strategies such as encouraging children and building self-efficacy are also rooted in social learning theory. As Bandura observed, life would be incredibly difficult and even dangerous if you had to learn everything you know from personal experience. Observing others plays a vital role in acquiring new knowledge and skills.

By understanding how social learning theory works, you can gain a greater appreciation for the powerful role that observation plays in shaping the things we know and the things we do.

Read Sternberg’s Article and write your interpretation on True Intelligence.

Theory of Multiple Intelligences:
One of the more recent ideas to emerge is Howard Gardner’s theory of multiple intelligences.
Gardner proposed that the traditional idea of intelligence, based on IQ testing, did not fully and
accurately depict a person’s abilities. His theory proposed eight different intelligences based on
skills and abilities that are valued in different cultures:

When the Binet-Simon Scale was brought to the United States, it generated considerable interest. Stanford University psychologist Lewis Terman took Binet’s original test and standardized it using a sample of American participants. This adapted test, first published in 1916, was called the Stanford-Binet Intelligence Scale and soon became the standard intelligence test used in the U.S. 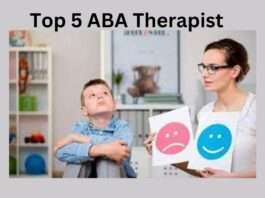 Best ABA Therapist for a child with Autism spectrum disorder. ABOUT US
Go to mobile version